“I had always seen gorilla sculptures done on all fours with that mean posture and attitude.  They are not at all like that.  Although they do have a formidable look on their faces and sculpture can’t get around that, they are not in the least bit aggressive.  They are a passive, kind, shy introverted animal.  I designed this piece expressly for a zoo setting.  I made a real conscious effort to design the Gorilla so that kids would not fear it and would climb on it and sit on its lap.  I wanted it to lie in quiet repose.” 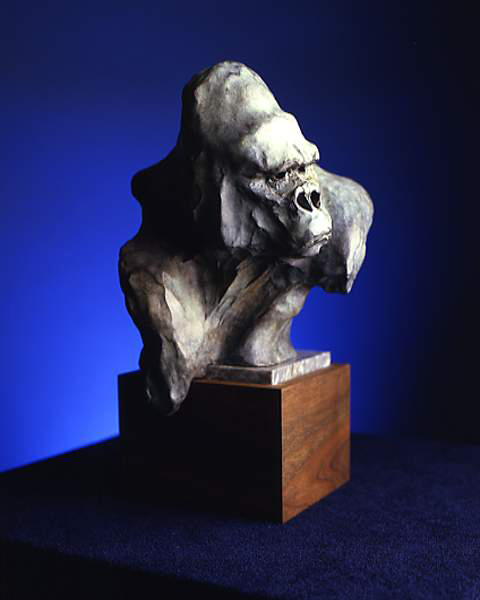 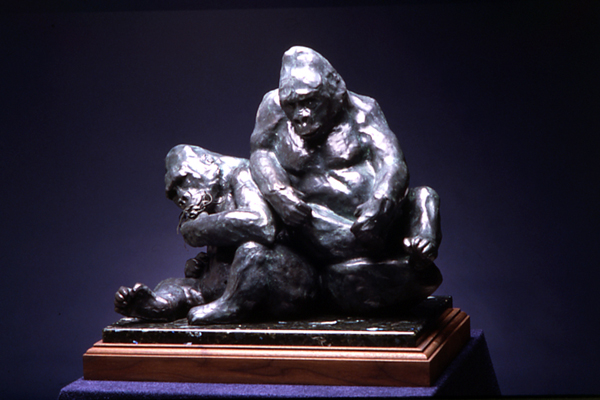 As written about “Snow Monkeys”:  Macaque is the common name for any of about 13 species of Old World Monkeys that are found primarily in Asia.  The Japanese Macaque, also called Snow Monkey, lives only in southern Japan.  Sherry saw these monkeys on 3′ – 6′ incense burners made out of stone in the mountains of Japan several years ago and was inspired to create the sculpture, “Snow Monkeys”.  The Japanese Macaque is protected by the Japanese government and symbolizes the wisdom of Budda…See no evil, Hear no evil, Speak no evil.  The lantern was designed from something Sherry saw.  She took liberties with the design to fit with, and be complimentary to, her composition.  It does not convey a specific meaning.